Milledgeville Georgia is located approximately 30 miles northeast of Macon, 90 miles southeast of Atlanta and 165 miles northwest of Savannah and the coast of Georgia. Milledgeville enjoys four distinct seasons. Temperature in the summer months average between 75 – 80 degrees and temperatures in the winter months average between 45-55 degrees. July is the warmest month in Milledgeville, where temperatures can reach into the upper 90s. January is the coldest month, where temperatures can dip into the 30s. Milledgeville receives about 45-50 inches of rainfall annually, spread evenly throughout the year. March tends to be the wettest month, with an average 5 inches of rainfall. Since 1950, there have been no recorded injuries or deaths due to tornadoes in Milledgeville, GA. 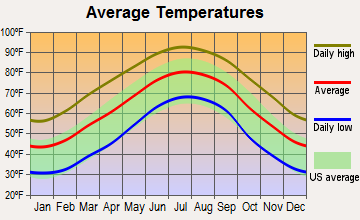 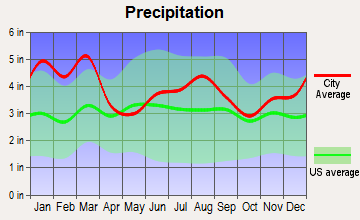